From SB 1180 To ABC-MAP Act: The Antietam Of Pennsylvania’s War On Drugs 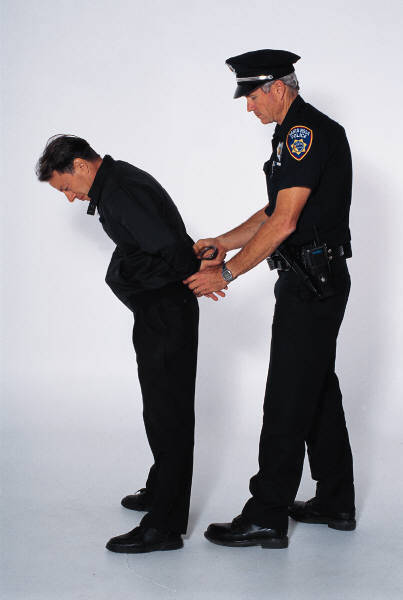 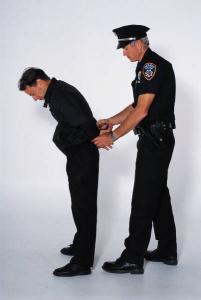 Mr. Wasserman, my AP Calculus teacher instructed me that “History isn’t about facts and dates and people and stuff… it’s about feelings and emotions. Like how did the pilgrims feel when they landed on Plymouth Rock?” Okay… I really don’t despise history; in fact, I have a fond appreciation for it (given I’m within close proximity to Philadelphia, PA). I enjoy learning and reviewing key facts, not feelings, about how the United States has become what it is today. In my repertoire of historical American events is the Civil War, with one of those key events being the battle of Antietam. On September 17, 1862, the bloodiest single day in American military history ended in a draw between the Union and Confederate armies, but the Confederates were forced to retreat. Consequently, that retreat gave President Lincoln the “victory” he needed before delivering the Emancipation Proclamation. That battle has resonates for decades and centuries down the annals of American history. In a similar fashion, the actions of Pennsylvania’s senators (especially Senator Pat Vance) has empowered Governor Tom Corbett what he needed before signing SB 1180 into law. The impact that will have will only be seen in time.

On October 27, 2014, Pennsylvania Governor Tom Corbett signed SB 1180, also known as the Achieving Better Care by Monitoring All Prescriptions Program (ABC-MAP) Act, into law. Its purpose is “to increase the quality of patient care by giving prescribers and dispensers (pharmacists) access to a patient’s prescription medication history through an electronic system that will alert medical professionals to potential dangers for purposes of making treatment determinations. The act further intends that patients will have a thorough and easily obtainable record of their prescriptions for purposes of making educated and thoughtful health care decisions. Additionally, the act seeks to aid regulatory and law enforcement agencies in the detection and prevention of fraud, drug abuse and the criminal diversion of controlled substances.” With Corbett’s signing SB 1180 into law, the ABC-MAP Board will be created within the next 90 days, consisting of these following individuals or their designees: Secretary of Health, who shall serve as chairperson; Secretary of Human Services; Secretary of Drug and Alcohol Programs; Secretary of State; Insurance Commissioner; Secretary of Aging; Commissioner of Pennsylvania State Police; Attorney General; and the Physician General, if the Secretary of Health is not a physician.

The components of the ABC-MAP program includes an electronic system of controlled substances prescribed and dispensed in Pennsylvania that is easily accessible to prescribers and dispensers that is projected to roll out on June 30, 2015; training would be included with how to utilize and query the system. Furthermore, the website provided to patients would make it simple for them to submit an electronic request a copy of their profile.

Prescribers, dispensers, and the Office of the Attorney General are authorized to query the system. Regarding prescribers, they are required to query system for every patient the first time they’re prescribed a controlled substance, or if prescriber believes that patient is diverting/abusing drugs. In the latter case, if a prescriber believes that their patients are abusing controlled substances, the ABC-MAP act now will provide them the necessary tools to refer patients to substance abuse treatment. Moreover, prescribers are not held liable for “not seeking or obtaining information from the system prior to prescribing or dispensing a controlled substance.” Regarding dispensers and pharmacies, they are also granted access to use the program to track a patient’s medical profile, but they are to include the following information: prescriber’s name and Drug Enforcement Agency (DEA) registration number; the date the prescription was written and dispensed; the patient’s full name, date of birth, gender and address of the person for whom the prescription was written and dispensed; the drug’s National Drug Code, quantity, and days’ supply; the dispenser or pharmacy’s DEA registration number and National Provider Identifier; and the payment method. Additionally, pharmacists and pharmacies are not held liable for not checking the system prior to dispensing a controlled substance. Law enforcement agencies can use the system only to establish probable cause to obtain a search warrant or arrest warrant, after receiving court order by the Attorney General, where applicable.

Overall, I’m very satisfied with the signing of the ABC-MAP Act. As one with past experience for practicing pharmacy in Pennsylvania and currently practicing in New Jersey, I remember practicing pharmacy without an easily accessible statewide prescription monitoring program! Since practicing in New Jersey with a prescription monitoring program, I have felt professionally and legally protected and empowered. I do, however, have additional questions that may scale back the efficacy of the bill:

I understand the importance of having secretaries from multiple medical boards sitting on the ABC-MAP Board; however, if this issue also is pertinent to pharmacists and pharmacies, why isn’t the Secretary for the Pennsylvania Board of Pharmacy included?
Regarding pharmacies and pharmacists, why is their only contribution (apart from querying the database) is to provide information to the program? With the advent of the ABC-MAP system, how will the information required be transmitted? How will that impact workflow?
Since patients will have access to the program and be able to print off their profile, what’s included, especially as it relates to prescriber information? If their DEA number is included, then there’s the potential to create forged prescriptions (and especially with Pennsylvania not having uniform prescription pads with security features, unlike New Jersey).

Andy Hoover, Legislative Director of Pennsylvania’s American Civil Liberties Union, voiced his opposition to SB 1180 by stating, “Pennsylvanians will have less privacy in their medical histories…, is a significant undermining of Pennsylvanians’ fundamental liberty, [and] continues the failure of the War on Drugs.” Members within the Pennsylvania Pharmacists Association, however, voice their unified sense of professional relief. On their LinkedIn Discussion page, Thomas DePietro, Owner of DePietro’s Pharmacy in Dunmore, PA, commented that, “With all of the technology out there, we as pharmacists should be able to have this type of information at our fingertips. There are too many gaps in healthcare to begin with.” Scott Weaver, Vice President of Pharmacy, PRS Pharmacy Services not only addressed how the system will “identify prescription drug abuse and diversion, but [the program will] also support access to legitimate use of controlled substances,” thereby allowing us as healthcare professionals to use sound, professional judgment in determining the legitimacy of the prescription. George McAlanis, Owner of Millersburg Pharmacy, brings a candid perspective on the war against substance abuse; he comments, “Although extra effort is required, we can finally have a way to curb the abusers, both patients and doctors.”

Bruce MacLeod, MD, immediate past-president of the Pennsylvania Medical Society, expresses his support by stating that with the use of a prescription drug monitoring data, “Pennsylvania physicians will have a tool to help them determine if the person sitting in their exam room is a doctor shopper, a person with an addiction, or a patient with legitimate pain… the Pennsylvania Medical Society believes that SB 1180 and other recent state actions… will save lives.” The signing of SB 1180 is a key battle won for prescribers and pharmacists alike, but the war is far from over. With Pennsylvania prescribers and pharmacists working together in the proper utilization of controlled substances, Pennsylvania is one step closer to gaining victory on the war on substance abuse.