It’s Not Just a Load of Crop: Investigating the Chlorpyrifos Insecticide 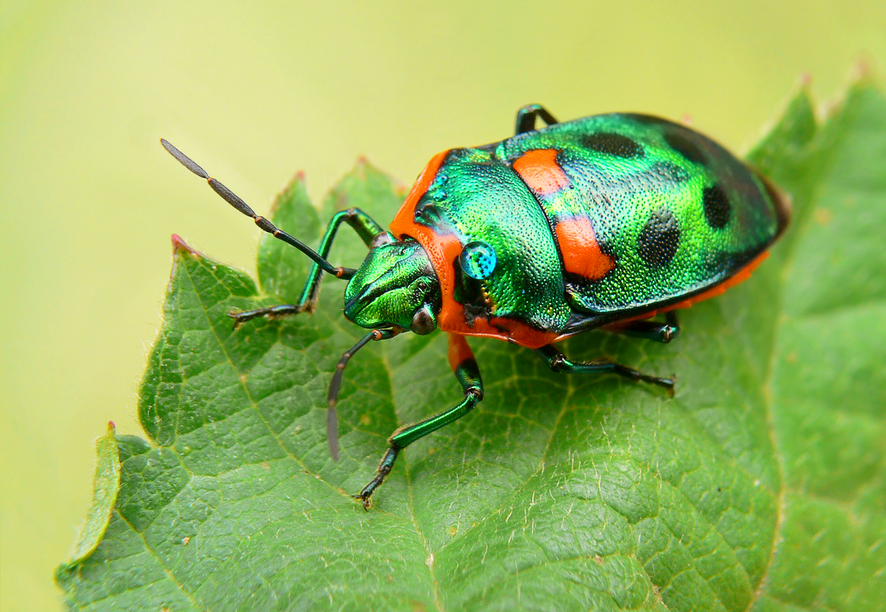 The chemicals found in fertilizers and pesticides are known to adversely affect the human nervous system even at low levels of exposure.

Neither the agricultural industry nor the EPA can deny scientific findings regarding the toxic qualities of organophosphates in the insecticide chlorpyrifos, but that does not deter pesticide manufacturers from selling harmful products.

In fact, Dow AgroSciences, a pesticide company, states on its website that, “Insecticides, such as chlorpyrifos, provide important protection for our food supply and thus safeguard farm and consumer economy.”

To understand the health risks associated with pesticide exposure, I studied the influence of organophosphates in the insecticide chlorpyrifos on children living in agricultural communities, primarily in Salinas Valley, Calif.

I performed the review by analyzing a variety of articles and academic sources that focused on organophosphate exposure and child neurobehavioral functioning.

Did Someone Say Pesticides?

The application of pesticides began in the United States in the 1930s. In the years following World War II, synthetic pesticides have become an important form of pest management.

Farmers justify the spraying of pesticides because for every $1 spent on pesticides, there is a return of $3 to $5 through increased crop yield (Pimentel et al. 274). The insecticide chlorpyrifos is applied on grain, cotton, fruit, nut and vegetable crops to control pests. More than 20 million pounds of the product are sprayed annually in the U.S to control beetles, ants, worms, cockroaches, flies, mosquitoes and termites. The chemical organophosphates in chlorpyrifos is directly linked to thousands of pesticide poisoning incidents.

Farmers spray pesticides that contain organophosphates to support their harvest. The pesticides from the field pass through the air to nearby homes. There is a direct relationship between proximity to treated farmland and organophosphate exposure.

The children living in agricultural areas are especially susceptible to harmful chemicals when parents bring home insecticide particles. The organophosphates in chlorpyrifos attach to the belongings and clothing of farmworkers during work on the field. Infants and children are in sensitive stages of development and the organophosphates build up in their bodies through ingestion, inhalation, and dermal contact.

In Salinas Valley agricultural communities, mothers typically work during pregnancy. The pesticides on the farm pass through the amniotic fluid, blood-brain barrier and placenta of the fetus. The risk of pervasive developmental disorders and delayed mental development increases when the normal coalescing of the nervous system is disturbed.

When children inhale organophosphates, AChE is inhibited and the subsequent accumulation of acetylcholine depolarizes the postsynaptic cell and causes neuromuscular paralysis.

The findings indicate that organophosphates found in the insecticide chlorpyrifos block the enzyme acetylcholinesterase and initiate the accumulation of the neurotransmitter acetylcholine, leading to impairments in attention and cognition.

Farm children exposed to the chemicals via the mother during gestation period or who are exposed through inhalation or physical contact may be at higher risks for ADHD and autism than reference children who are typically only exposed to organophosphates through diet.

It is only through understanding the harmful effects of chemicals in pesticides that policies can be constructed to effectively reduce pesticide application and encourage alternatives of crop rotation, intercropping, crop diversity and the use of pests to fight other pests in the agricultural society.

(NOTE: Sravya Uppalapati is a biology major and medical humanities and chemistry minor at Virginia Commonwealth University. Uppalapati is a teaching assistant in SAT classes at Ramana Coaching Center and a research assistant at the Virginia Institute for Psychiatric and Behavioral Genetics lab. Her clinical experience includes volunteering at the Richmond Center for High Blood Pressure and in the emergency medicine department at the Virginia Commonwealth University Medical Center. Uppalapati shadows physicians on pediatric plastic surgery and reconstructive surgery at the same center and on internal medicine at the Novant Health Meridian Medical Group. She expects to graduate with a Bachelor of Science degree from the university in May 2018.)